There’s no place like home, right? My Birmingham Susan G. Komen Race for the Cure was, of course, different from all of the others. I didn’t know or meet anyone at my first race in Denver. I didn’t make it to my second race in Terre Haute so I had a substitute “race” in Indianapolis. My fourth race in New Orleans was so much fun I’m going to return next year with friends and sunblock. And my final race in Greater Nashville was country music soaked and chilly. Each race taught me something new about myself and new ways to overcome obstacles.

My Birmingham Komen was familiar, even though it was at a new venue, Regions Field, and had a new route. I arrived early to pick up my packet and immediately saw people I knew. There were people I met when I was first diagnosed. People I knew through the years of turmoil. They were people I met in support group and survivor yoga. I saw new friends and old ones and missed seeing even more friends because of the huge crowd.

Birmingham is where I claimed my survivor victory.

When I participate in Birmingham’s Race for the Cure I am reminded of my journey, of how hard it was, of the losses and my win. I remember my friends who didn’t win and I race for them. I remember my first bras shopping experience and how much I cried afterwards. I remember telling my family I had cancer and the look of fear in their eyes which mirrored mine. I remember the day my hair started growing again. I remember a former roommate describing me as “her head looks like Michael Jordan.” I remember the day a kind lady told me my wig was on backwards and turned it around for me. I remember when everything tasted like copper. I remember attending my first Komen sponsored support group meeting and seeing women who had years of survivorship. I remember the final day of chemo and my last radiation treatment.

If you or someone you love has benefitted from the services Susan G. Komen offers, give them a donation. My link is here but you don’t have to use it. Mail them a check. Send them a prayer. Vote for bill that support women’s healthcare. Do what you can to support the organization that supports us.

Next October I will have 22 years of survivorship and I’m already thinking about where I want to be when I celebrate. I might end up across the world running in the wild or dancing on a rooftop in Havana BUT my donations will be at Susan G. Komen: Birmingham.

This site uses Akismet to reduce spam. Learn how your comment data is processed. 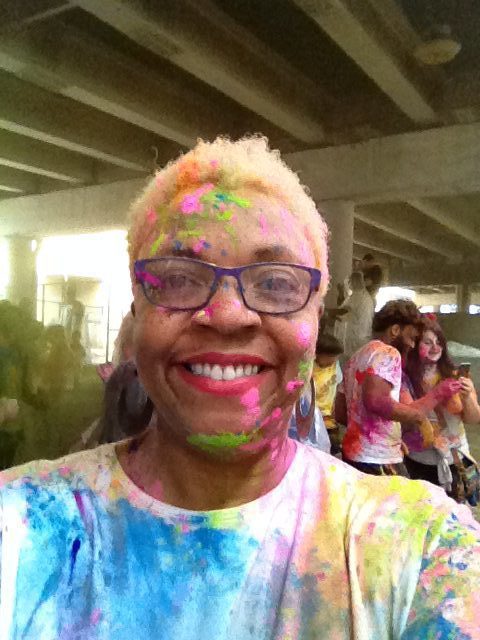